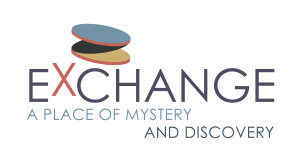 Most Barbadians have heard about Rachel Pringle at some point in their lives. Although the most important details about her life are usually left out, we all know the concept and reason behind her success. She was one of the earlier successful enslaved entrepreneurs in Barbados and because of this, she became a popular success story on the island. A life size caricature of Rachel Pringle exists inside The Exchange on our second floor gallery. This area tells you about her life and how she accumulated her riches.

The story behind Rachel Pringle is not your average success story, and because of this, many details remain untold to the average person. Rachel was born to an enslaved African mother and white master and father. She was named Rachel Lauder taking her father’s name before her marriage to Thomas Pringle, who shielded her from her abusive father. However, it wasn’t without motive as Mr. Pringle provided Rachel with a house and her freedom, in exchange for her sexual favors. This was when she decided to take the last name Pringle.

It is alleged that after Rachel faked a pregnancy to gain more influence over Mr. Pringle, that he ended the relationship, left the island and headed to Jamaica. As a result of this, Rachel sought security in the arms of another man known as Polgreen, and she quickly added his surname becoming Rachel Pringle-Polgreen.

Rachel was then able to open a tavern and her famous Royal Navy Hotel in Bridgetown during the 1770s due to the patronage of Polgreen. The hotel offered sexual pleasures to sailors in the British Navy and got its’ name from an alleged encounter with Prince William Henry, who went on to become King William IV of England.

Rachel Pringle Polgreen died on July 23, 1791, at the age of 38. At the time of her passing she had owned a considerable amount of property, including buildings, liquid assets, and slaves. The cause of her death remains unknown to this day.